Let's see them!!!!
Forum rules
Any images that depict illegal acts or subject manner will be removed. You retain rights to your photos but by posting them here you also are agreeing to giving rights to PTO to remove or alter these pictures (size adjustment for example) as needed. To maintain memory usage at a low level we are entertaining deleting photos after a certain time period which at this point will be determined by the time when we run out of data storage capacity.
Post Reply
8 posts • Page 1 of 1

When I cleaned Peep's cage today he started to shred newspaper and tuck it under his feathers like he would if he were nesting. He doesn't have a mate any more so maybe it was wishful thinking. The days are a bit longer and it was sunny today (but quite cold). It's starting to feel more spring-like. 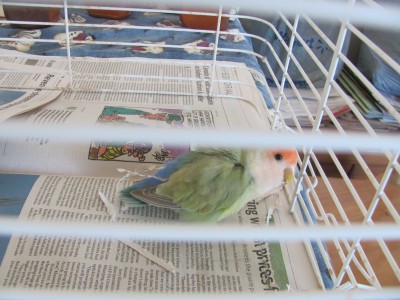 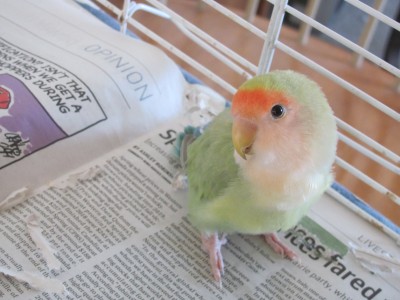 He needs a new friend.
0
Top

He's a peach-faced lovebird. I've had him for a long time. He is hand tame. He was hand fed as a baby. When he has a mate, he becomes protective and not so hand friendly. I got him when he was about 8 months old from someone who didn't want him any more. I bought a female lovebird (Sunny) from a pet shop, who was older than him and not hand tame. I let them have one hatch in 2000. There were 4 chicks that hatched from the 6 eggs she laid. A friend of mine bought all four chicks for his aviary. Sunny died a few years later. Lovebirds don't seem to be very popular here any more. The fact that they are long-lived may be the problem. Some people get tired of them. 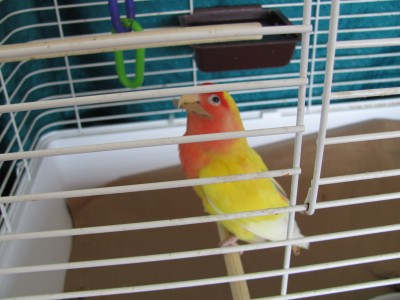 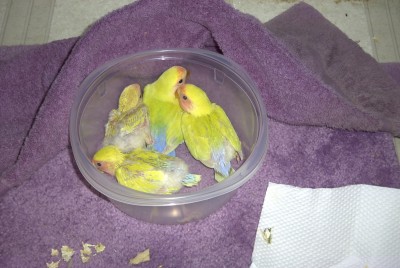 The four chicks. You can't see it in the picture but their backs are turquoise blue. 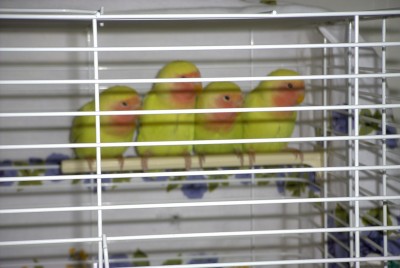 Lovely. He is a really old fella then!
0

Handsome boy, love the chicks, didn't know you could get them with turquoise down the back must have been really pretty as adults.
0
Top
Post Reply
8 posts • Page 1 of 1