@windwalkingwolf my android has a feature in single picture mode that when you press the picture take button and keep pressing it, it takes individual pictures like a machine gun. Not sure what it will do with the flash, but might be worth a try? Each individual picture is in focus. Get ready to delete a lot of pictures!!
1
Be brave enough to suck at something new!
Political Grace: The art of disagreeing well.
Top

OK, I better quit now, cause I really can't see any difference in those two pictures you posted OC. Can you point out what makes one better than the other, cause they look near identical to me, I'm playing one of those "Find the differences" games and not doing so well.
1
Top

OMG WWW, laughing at your post because it sounds a lot like the dry run I attempted today. Have a fiberglass kennel that's meant to be built into a wall I figured would work great. Was super overcast out and light was horrible, flash wasn't much help, birds wouldn't cooperate, think my booth is a bit big, as they kept moving away from the chick waterer I had for size comparison, though for my big Muscovy drake it was none too big... Ended up with a couple very mediocre shots of the ducks and the jersey pullet I tried to photograph. Notes for next time better light, line the greenish kennel with white corrugated plastic, something like carpet on the floor instead of straw, they were slipping and didn't want to stand well... Oy, this didn't seem near so difficult in my head...

Best I got today, will try again on the weekend to see if I can't make them look half decently presentable... 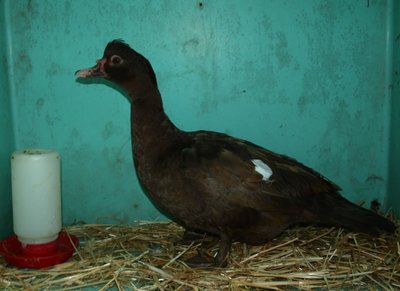 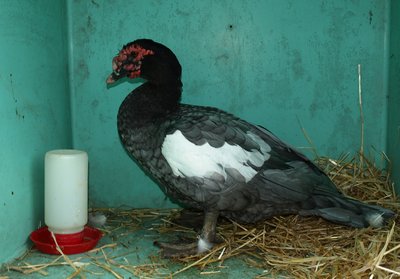 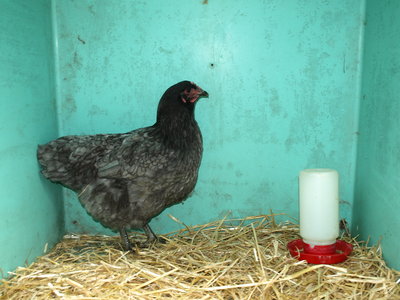 Kelli, if it makes you feel any better, I think those are better than any of the ones I've taken so far!
With that ticking clock there at the top getting louder and louder LOL, I'm going to give it another go, so at least if nothing else, I've got a larger selection of bad photos to choose from. Some I will save for a Pooper, er, Blooper thread Lol. Anyone who says chickens are creatures of pure instinct and can't have personality, has not seen the expression I captured on a hen's face as she presented her backside to me.
0
Top 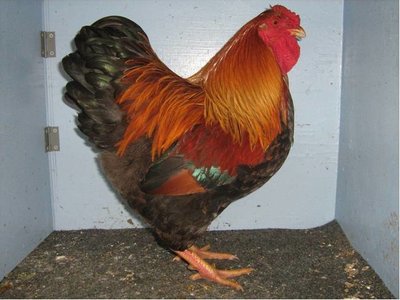 If you look at the head of the bird in the first picture, it's over the chest which gives the bird a good "round fit in the tea cup" shape typical for Wyandottes. He is also better placed within the frame of the photo booth.
In the second picture the head leans out, which makes his chest appear shallow and his back too short 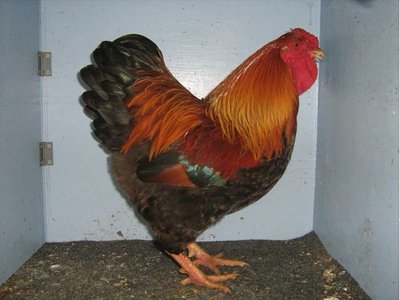 Ok so since it was such a beautiful day I set my photo booth up to try to get a few pictures done for the on-line show. I set up on top of an outdoor cage. Bad idea. Last year I marched everyone inside and they were very still (I'm sure out of fear). This year they gawked around and watched the dogs and the other chickens that came out to gawk. They stretched their neck up to peer over the photo booth and then knocked it over. I got 3 of them done I think after many many pics taken. Few more to go but those ones are getting done inside for sure.
2
Top

I think I have two females sort of cage-trained and almost camera ready. But we will see. Two more that I wanted to take pictures of, now have visible frost damage from the two days it got down to -37 and -40.
The turkey jakes started displaying yesterday, to everything, at any time, so I'm not sure If I'll be able to photo them or not.
Here we go, rodeo #2 :D
3
Top

Unlikely I'll get pics of anything. Boo!
1

@Killerbunny you HAVE to! Reigning champ can't just walk away! We need to see those pretty turkeys.
1
Top

Same here, no room for a photo booth this time of year.
0
Top
Post Reply
41 posts

Return to “How to take the perfect picture”