Trying to cut back

Trying to cut back

I've been trying to cut back on my pets, so tomorrow I am picking up a new lovebird. It's possible I will have to take her to the old folks home with me because she is only 1 or 2 years old. :) 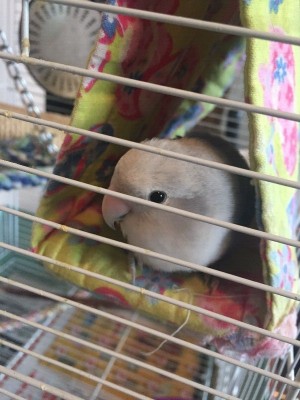 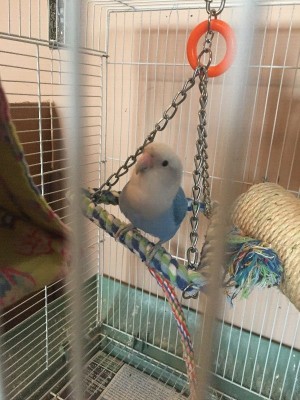 Very pretty, but I don't think that's cutting back. Seems to me that's adding to your pets. LOL
Now you will have to find a mate, you know just to keep it happy, not to keep you happy, No No No it's for the health of the bird

Yes, it's adding to my pets but I'm sure Peep will be happy (unless she's nasty and I have to keep them separated). He's been alone for a long time. I gave him a mirror to cuddle up with, but it's not the same. She is not very tame they say. I will keep them apart for quarantine and so I can get her used to me.
3
Top

I picked up the new girl yesterday. I think she's pretty and she makes an interesting variety of noises. She's a lot more active than Peep. I hope he's not getting too old to enjoy having company. She's making most of the noise.

Here's her story.
The lady who put the ad on Kijiji has a 13 year old daughter. A friend of the daughter had 2 lovebirds. One of the lovebirds died. She lost interest in them (don't know if it was before or after one died) and was neglecting the one I have. Her family was going to "euthanize" the bird. The lady who put the ad in took the bird in to keep that from happening. She said the bird was in a filthy cage with feathers missing and was picking at herself. She kept her for a month or so, but could not keep her permanently as her landlord wouldn't allow it. She said the lovebird is friendly, but not really tame. She doesn't know what her name was. For some reason she likes Crystal, so I guess that's her name.

She is in good condition now and comes over to see me when I walk up to the cage. I think she'll be fun. The cage came with her. Now I have 3 extra bird cages to sell. 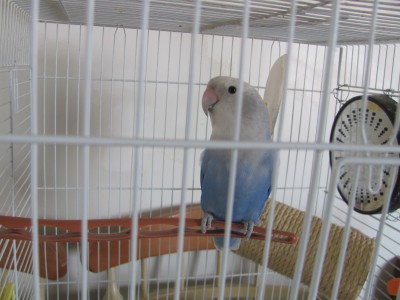 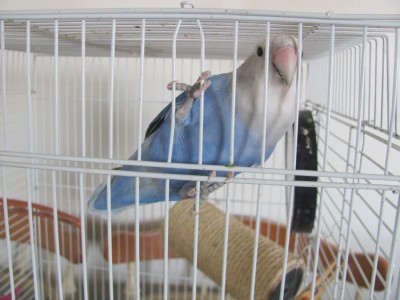 Well and here I thought you would have to get another but she just makes a friend for your other lovebird. Nice you could give her a good home.
0
Top